The procyclicality of financial markets regulation 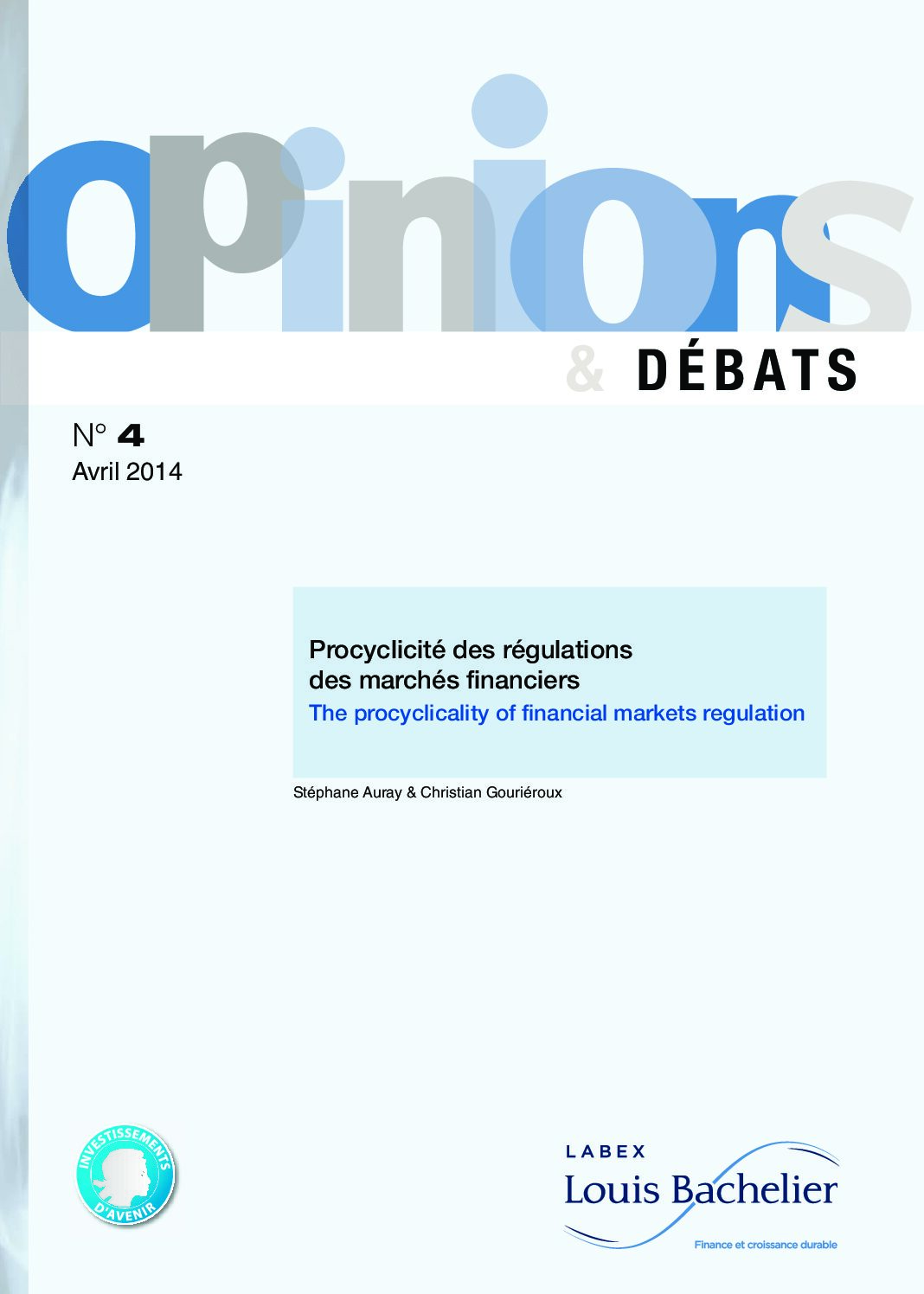 In recent decades globalization and its various corollaries such as the abolition of trade barriers, the reorganization of the production process (tight flows, relocation), the dematerialisation of many exchanges, the liberalization of capital flows, the increased speed of information dissemination and the growth of the financial sector, have affected the economic development of many countries and rendered obsolete or ineffective a number of hitherto used policies and regulations.

Until the 1990s fairly regular cycles were observed in Western countries, together with the near-absence of cycles in centrally planned economies. Globalization has increased the links between the economies of various countries, while making the relations between investors and companies seeking funding less close. Cyclical phenomena have either disappeared or been exacerbated, and the characteristics of such cycles, including their frequency, changed considerably as a result of temporal acceleration. Policies and regulations have had to be quickly readjusted to this new environment, whether they concern prudential regulation, accounting standards, trade rules, taxation or monetary policy, with the aim, at least in theory, of ensuring a degree of economic stability, especially in the financial system.

From the 1990s onwards this shift has led to globally coordinated regulations and policies, in relation to, for instance, the World Trade Organization (WTO), new accounting standards, Basel 3 financial regulations (transcribed into the European Capital Requirement Directive (CRD IV)) and the fight against tax havens.

The recent financial and economic crisis has shown that this new environment was still poorly understood and that certain policies and regulations had underlain and amplified the crisis. In the hunt for its causes and the often biased and unargued debates that followed, blame was placed variously on the role of mathematical finance, the rating agencies, U.S. economic policy, the absence of regulation (the black holes of finance, i.e. shadow banking), the greed of bankers, and the procyclicality of certain financial regulations.

Get the English Version on page 33