The current decade has witnessed a confluence of factors that have propelled the field of machine learning (ML) from a promising if not speculative tool to one that is now widely recognized as revolutionizing industry, science and society. Three important factors have brought that change forward: better hardware; increased data granularity; better algorithms. Indeed, the dramatic increase in computational power offered by graphical processing units and other accelerators, which have only emerged as mainstream hardware as recently as around 2010, has finally provided the means to analyze the large scale databases that have been become widespread since the years 2000. The equally dramatic increase in our ability to sense and measure social phenomena at both individual (smartphones, internet navigation patterns) and global (social networks) scales is also providing a permanent flow of personalized and structured (images, localization, text) datasets. Finally, the multifaceted effort from researchers working in varied fields such as computer science, mathematical programming and statistics has produced algorithms and toolboxes that can seamlessly handle large scale stochastic parameter estimation problems, the latter being crucial to compete in the race to handle ever larger and more complex tasks.

From the insurer perspective, the interest of machine learning lies in its ability to identify and exploit variables of interest to improve the numerous pricing decisions that define insurance markets. For instance, we were able to model in our previous JRI the likelihood that a web visitor is likely to sign a contract based on both her behavior on the site, her answers to a questionnaire, and on the proposed price. Although applying classification methods (e.g. logistic regression or support vector machines) to very large-scale data sets is still a challenge, we have shown great progress on that problem in that previous collaboration. To do so, we have mostly used new research ideas from the literature on incremental optimization methods for large-scale problems. In that previous JRI, we were able to derive prediction models on risk determinants and buying decisions, and make these models actionable, i.e. simple enough to be exploited in designing pricing strategies and optimizing revenue. We implemented new algorithms for variable selection using penalized variants of logistic regression, which are now integrated in an open-source package and in Kamet in-house software.

A remaining challenge faced by AXA is to integrate better all of these advances in the perspective of a longer value chain. The current JRI proposal will now focus on exploiting customer conversion predictions to optimize prices and overall P&L. Indeed, classification algorithms are intrinsically local in the sense that they can only model the conversion probability of one prospect into one customer. Optimizing prices solely based on individual decisions is of little interest for an insurer. Our objective now is to understand how to dynamically optimize all price proposed to a pool of prospects, as well as manage other key aspects of contracts, while still enforcing advanced constraints on overall sales, risk, profit, and interpretability.

The first goal of this JRI proposal will be to explore areas in these optimization problems where we believe significant progress can be made, namely non-convex programming, rate-book modeling, robust optimization and Bayesian computation paired with stochastic optimization. As shown in the diagram below, we will build on the conversion model to pose the problems in terms of an expected profit optimization, where expectation is to be taken with respect to our logistic models of conversion, to recover optimal prices that match sales constraints, which can then be explained with a simple rate book. Combined, the task described above can be seen as a bi-level programing problem. Indeed, the optimal parameters of the conversion model are used in a second step to optimize contract prices under rate book constraints. We will seek in the second half of this project possible ways to robustify that approach using e.g. robust optimization and Bayesian approaches.

The projects ideas mentioned in the paragraph above find their roots in recent academic advances, mostly in mathematical programming. Some of these advances are directly related to the appetite of ML for complex, non-convex optimization problems that arise from the estimation of deep learning models. We intend to exploit these advances and adapt them to the insurance world. Two pillars of that field will provide the basis for this work: non-differentiable optimization, which has also closely followed the advent of sparse regression and high-dimensional statistics; stochastic optimization for non-convex problems, which has been a crucial element of the recent wave of deep learning algorithms. In particular, a significant amount of attention has been devoted to the question of accelerating stochastic optimization methods on empirical risk minimization, and our main objective in this vein will be to transpose these results to the pricing problems under consideration here.

Key scientific questions to be addressed. Price optimization involves several essential blocks of the insurance business: computation of actuarial costs from client data, modeling of customer conversion probability, optimization of proposed prices to satisfy business constraints. Some of these constraints, in particular those arising from minimum amounts of sales, as well as the choice of modeling the probability of customer conversion as the logistic map of linear functions of prices and customer characteristics, make that optimization comparatively harder than the standard classification problems studied in the previous JRI, because of its non-convexity. That non-convexity also results in numerical instability, which is detrimental to the adoption of these algorithms by end-users.  The key scientific questions we will address concern therefore the proposal of various strategies to (1) achieve convincing solutions (2) choose among equally appealing solutions under a profit metric those that are easier to explain and robust under the instability of pricing parameter estimation.

The rich sources of data and the ability of Kamet to test some of these pricing approaches in real life will also provide a unique testing environment for novel methodologies. The integrated nature of the problem also provides an efficient test bed to evaluate the performance of several competing approaches. 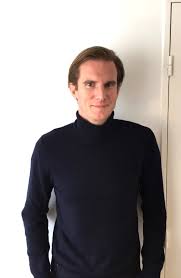 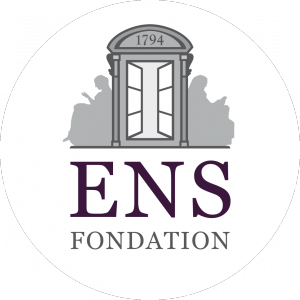 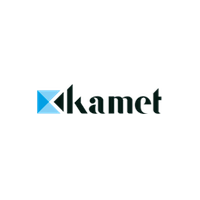