In his thesis “Theory of speculation” (1900), the mathematician Louis Bachelier laid down the axiomatic bases of the long-term pricing of products, with an emphasis on two points:

From these he then deduced then that the distribution adopted by market players for the variation of prices could only be that of “Brownian motion”. The existence of a “pricing” probability distinct from statistical probability is central to Louis Bachelier’s thinking. These original ideas were used in the financial markets after only their linkage to the idea of a hedging portfolio proposed by Black, Scholes and Merton in the 1970s. Nevertheless, they opened the way to original mathematical developments, in particular the important idea of stochastic calculation, with very varied fields of application. These new tools made possible the effective use of the hedging portfolio. 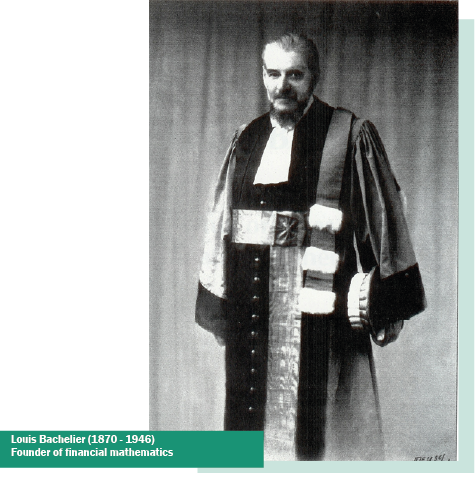 The Continuing Education Department of the University of Paris Dauphine-PSL and the Institut Louis Bachelier (ILB) have recently entered into a partnership with the aim...

Save the Date for Risks Forum 2023

It is with great pleasure that we invite you to block the following dates in your diaries for the next edition of our flagship event on financial risks. Indeed, the 16th FINANCIAL RISKS INTERNATIONAL FORUM will take place on 20 and 21 March at the Paris IDF Chamber of Commerce and Industry with the theme “Finance & Society”.